Tracy Littlejohn became involved in the process of bringing a trompe-l’oeil style mural to La Crosse after realizing that she was a fan of the artist’s work. She has personal connections to several of the people reflected in the mural. Tracy appreciates the efforts to make the mural culturally and historically accurate as it is trying to encompass all aspects of the city of La Crosse.

We’re looking at the west wall of the Pump House where a mural was unveiled in June of 2014. It’s a mural that was done by John Pugh in the trompe-l’oeil style of artwork. It was a pretty big event. I first got involved with it because I had seen that they had gotten a grant to get this mural done and I knew it was going to be in the trompe-l’oeil style, and then the artist was in town last fall, 2013, and he stopped in at the Hmoob Cultural and Community Agency to talk with some of the elders and let them know what he was doing because he actually has quite an interest in the diverse populations. And it was at that point that I realized I was actually an admirer of his work.

And that same night they were holding an open meeting for people to come in and see what the art mural was going to be about, so I attended that. It was really an interesting night, at one point they had asked what La Crosse meant to people in the audience. And I actually wanted to say it felt like home to me, because I’m Ho-Chunk and my family has been here for a very long time of course. But I didn’t feel like everyone would understand it to the same extent that I do. And then after that got done I actually just went up to say hello to John Pugh and he invited me and one of my coworkers to go have dinner and we ended up talking for a couple hours. I was really impressed with how he wanted to go about doing this because he really wanted to get a picture of the diverse populations of La Crosse actually in the art work. And at one point while he was working on it he was asking for pictures of Ho-Chunks.

And I came over because he had been here for about a month working on it and it was all covered with tarp so nobody could really see it, and he invited me to come up and take a look. And I got up there and one of the primary persons or portraits that’s on there right in the center I, I almost cried because that’s actually in Ho-Chunk tradition one of my grandsons, Levi Blackdeer. Kinship structure is very different but, my great grandmother and his great great grandmother were sisters. And I was just awestruck that he had taken that particular image because the image he was using was from when my grandfather was granted the Medal of Honor for being a code talker during WWII. So I remember that exact moment in time when that picture was taken that he based that portrait off of. And than I looked and I saw other individuals that I actually knew or I knew about, like Merlin RedCloud, and then there’s even a picture of three Hmong elders who are actually elders that I recognize. So I was just really, deeply, impacted by the photographs he used to base some of these portraits off of on this mural.

The mural just, it represents basically the people of La Crosse, you can see someone rowing in the water, you can see images from Oktoberfest, a medical doctor. And, you know, the backset is the bluffs and you see the water and the steamboat, and I just think he did a really great job of portraying La Crosse as a community. I love it, and I know part of the reason that they chose to put it on the wall of the Pump House was because this is kind of more of an art district, it is a good way to get people to come down here and get to know the arts area of La Crosse. And I think it’s important for people to come here and remember some of the history of La Crosse. Some of these are more historical portraits; some of them are more contemporary. There’s someone on there that is still a young person, there’s people that have passed on. And I think it is just a great thing to see and to remind people of everyone that’s been here, not just in the last hundred years but everyone who’s been here.

I just really appreciated that they wanted to go with the trompe-l’oeil, because a lot of art work around La Crosse is statue or it’s very traditional two dimensional, and with the trompe-l’oeil you get the three dimensional and I think it is a really great way to show more contemporary types of artwork. My name is Tracy Littlejohn, I am a member of the Ho-Chunk nation, and I was born and raised here in La Crosse. I think it’s important to hear stories from all kinds of people. We are used to hearing a lot of stories from the mainstream community, and I’m not quite there, part of the mainstream community, and I appreciate that people seek out our thoughts about things. 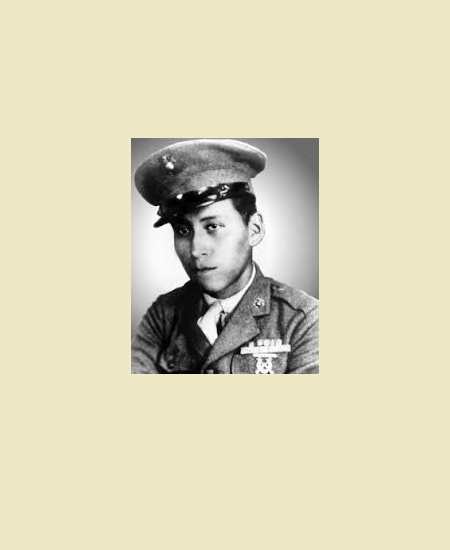 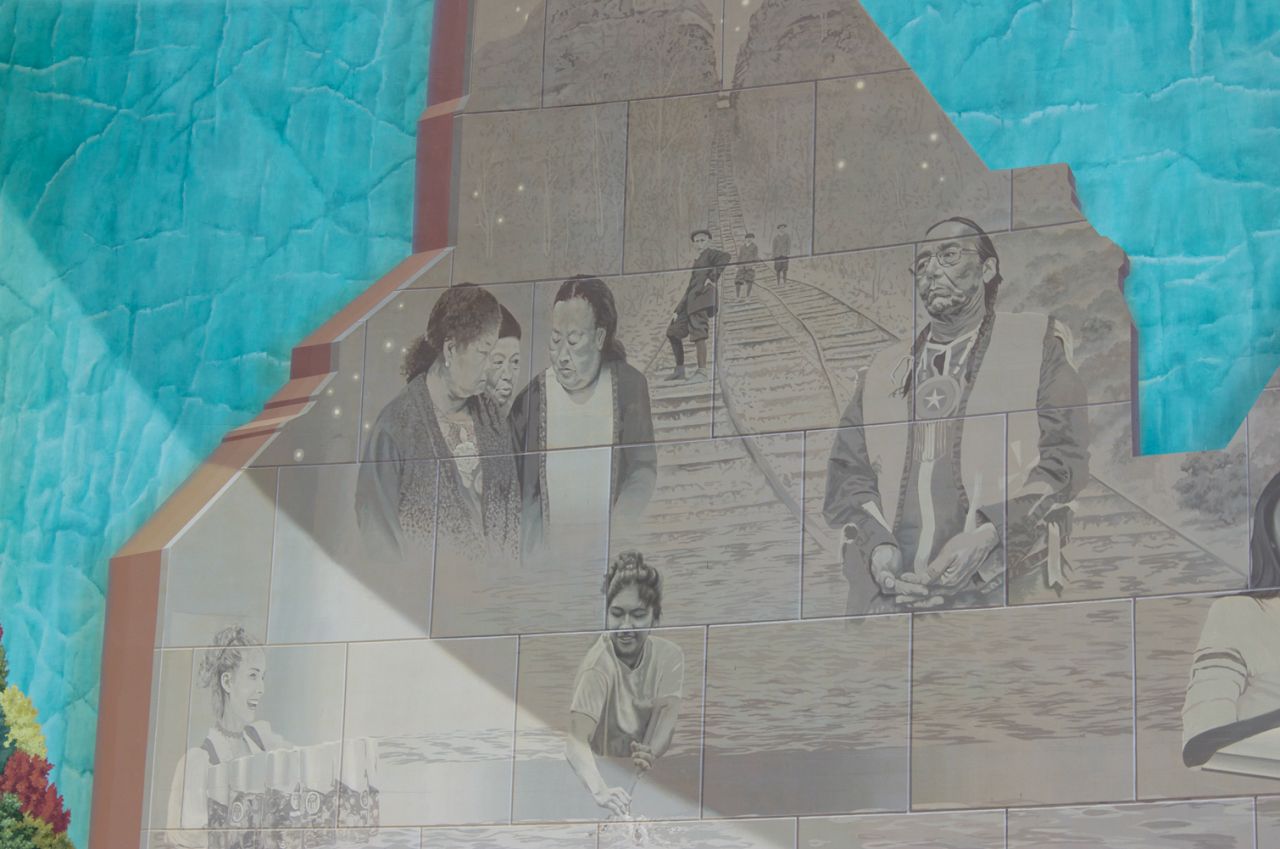 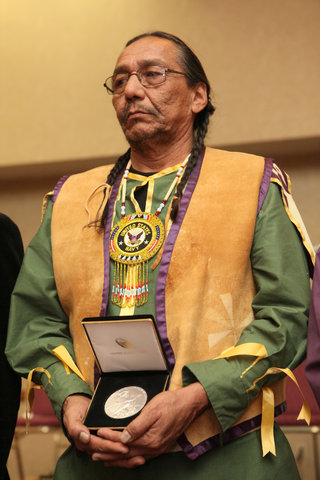 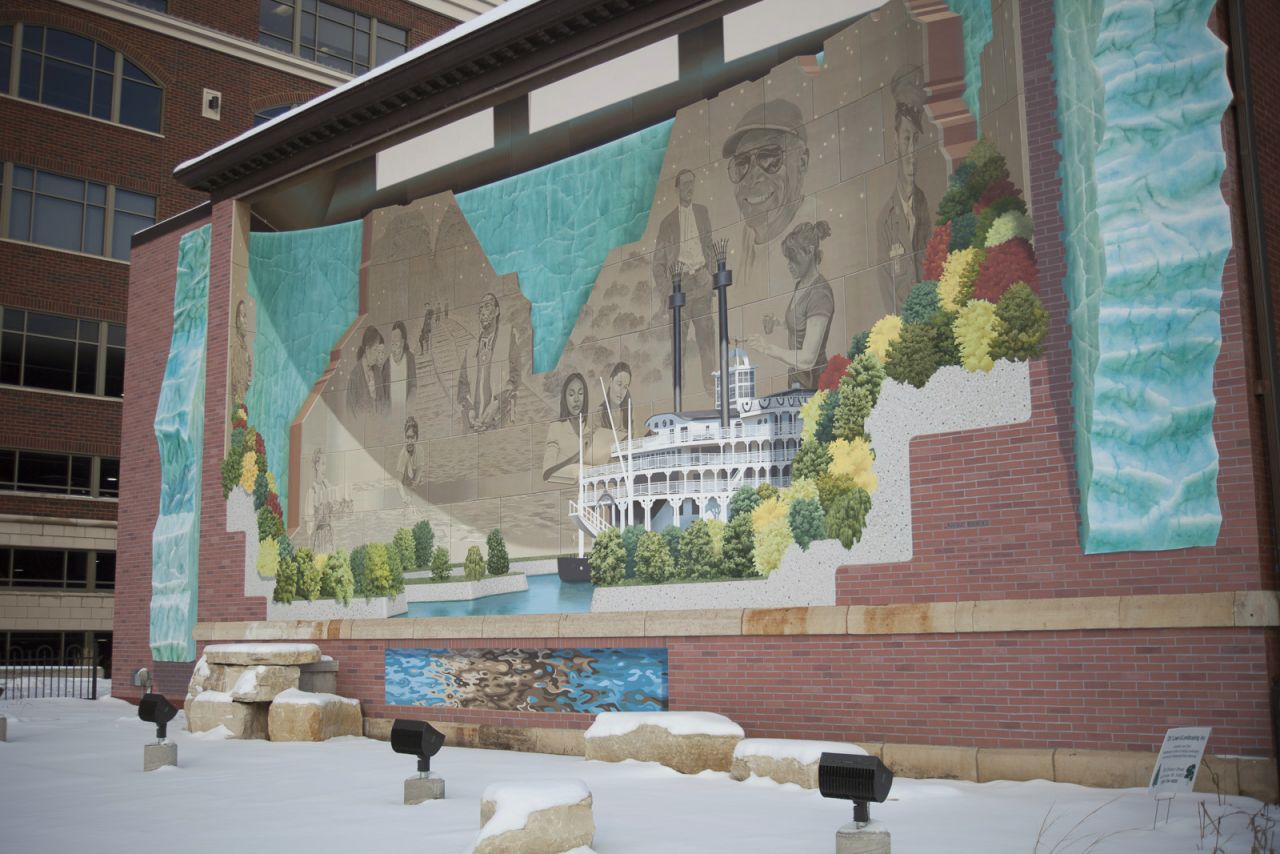 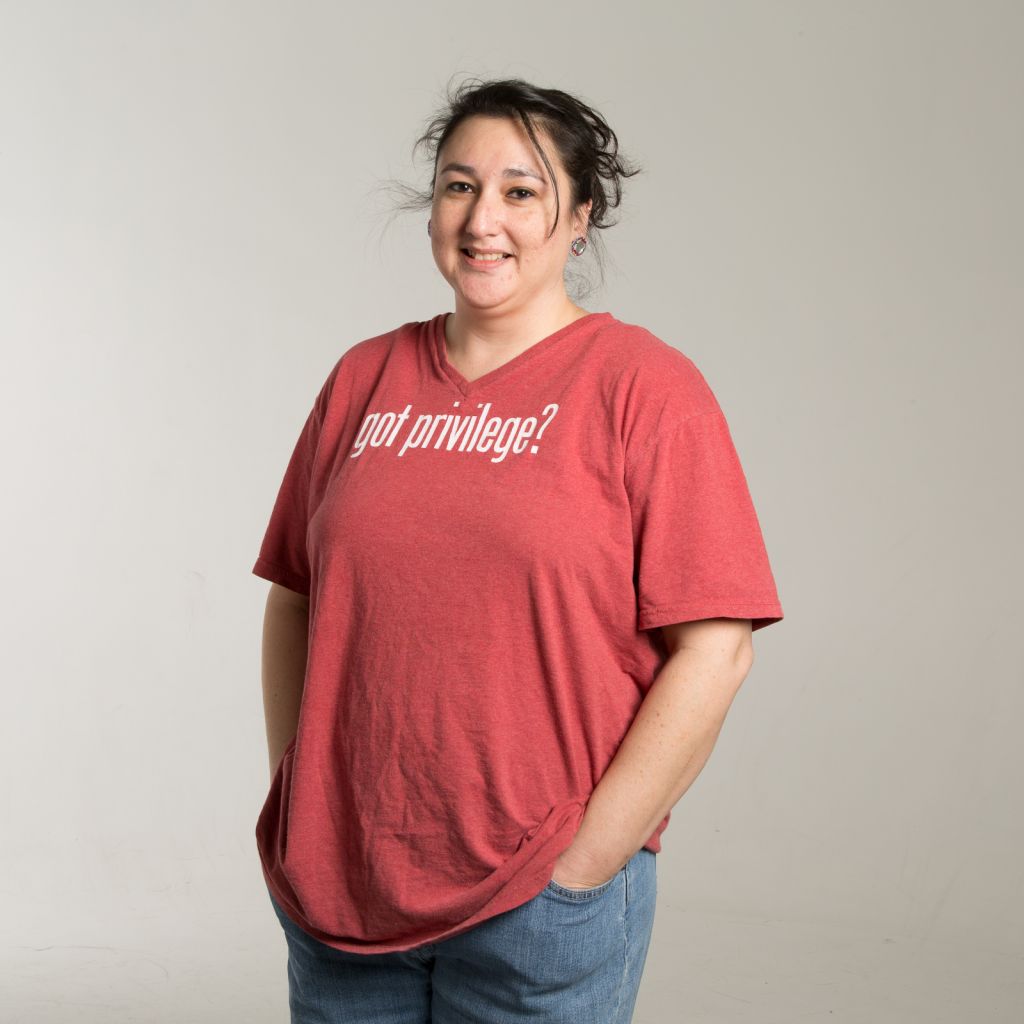