As a kid being raised by a single mother, Micah Day always went to the YMCA in La Crosse after school.  There he played sports, hung out with friends, and when he was old enough, he took part in The Teen Center.  Micah attributes his time with Teen Center staff as making him into the man he is today.

I would say The YMCA Teen Center was important to me because it was somewhere I could go to just get away from whether it be school, family–if I was ever having any falling outs with them–or just a place to like clear my mind. As I would be growing up I would play basketball, hang out with friends, super exciting to be able to go there. It was something that we did every single day after school–get done with school around three o’clock–immediately go over to the Teen Center, hang out with all the super cool staff, I made pretty good relationships with all of them. Being six year old Micha, just like every other kid, we would just do things to push buttons to the closest possibility of not getting in trouble. That was me to a tee, going to the Teen Center. And then progressively over time I grew up and I had, once again, I had those staff members to, kind of, guide me, to teach me right from wrong. My mom is a single parent–she was raising two children when we moved here–and it was just a safe environment for me to go to and where she felt comfortable where I would stay out of trouble and be able to have watchful eyes over me. Good role models all throughout the Y. I was a big advocate for sports so I would do all those activities too, so it was just a place for me to hang out and be myself.

I don’t remember what year in high school but I was in woodshop and we just were required to have a project. We could make tables, chairs, whatever, so I made a table and then after I got done making it I had nowhere to put it so I was like ‘oh I’ll give it to The Teen Center’ and then I took it. It was just a long, flat, wood table, and then they put a little plack at the end of it saying: Donated by Micha Day. (laughs) It’s still there. It was more so just like something nice to do for people who have always been there for me, and supported me through everything that I’ve done.

I’ve been going to the Y, I’ve been going to the Y for so long and there is just so many different things at the Y–not only the YMCA, not only the staff–have done for me but they have done for me, but have just provided for me to be the man that I have become today. I would say when I was younger and if I didn’t have the YMCA, I’d be a lot different then what I am now and I just wanted to give back to the kids, give back to all the staff members and it was kind of in a sense just a thank you to them, so.

My name is Micah Day, I was raised here in La Crosse, I’m 24 years old and I am currently a student here at UWL studying Communications. 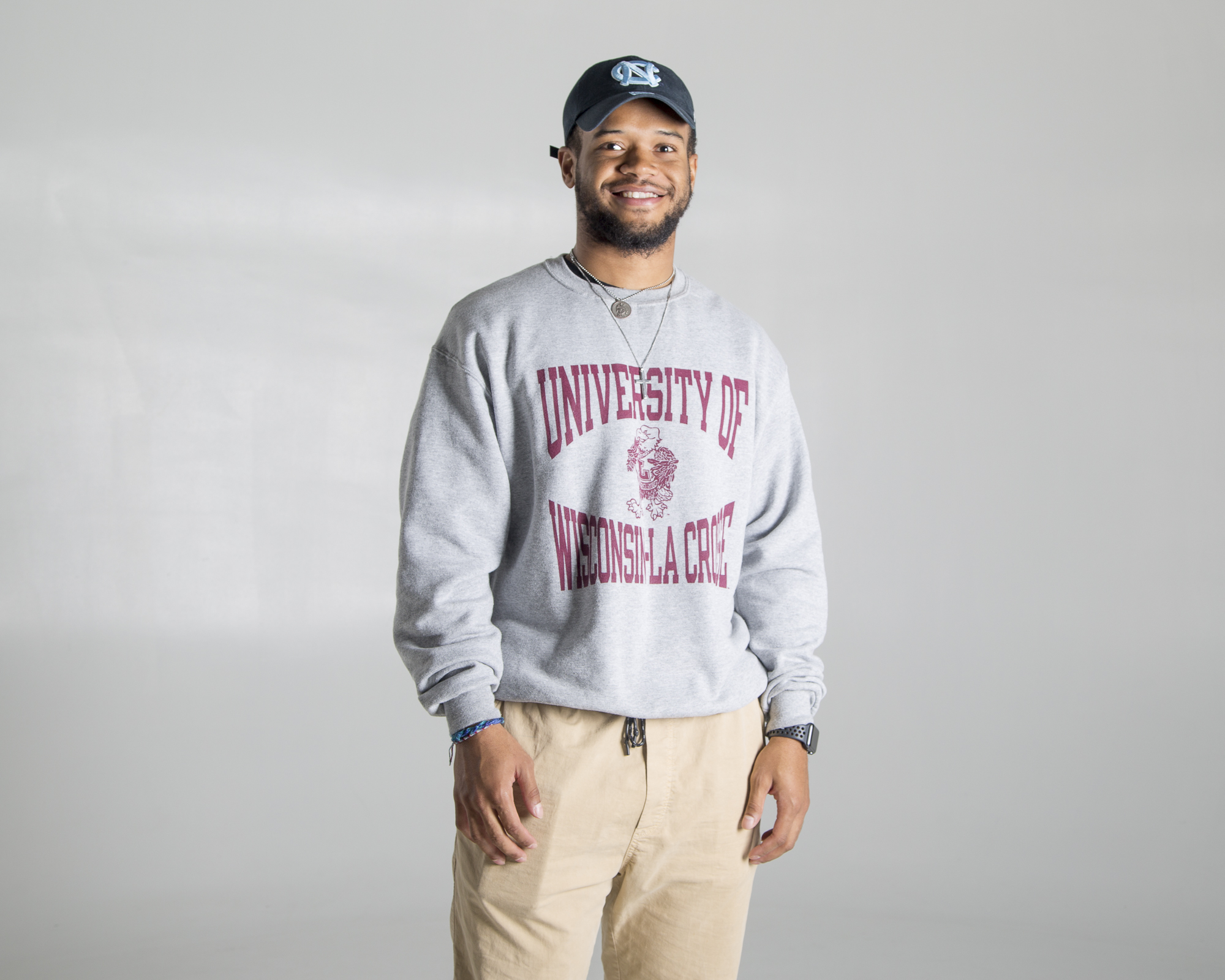 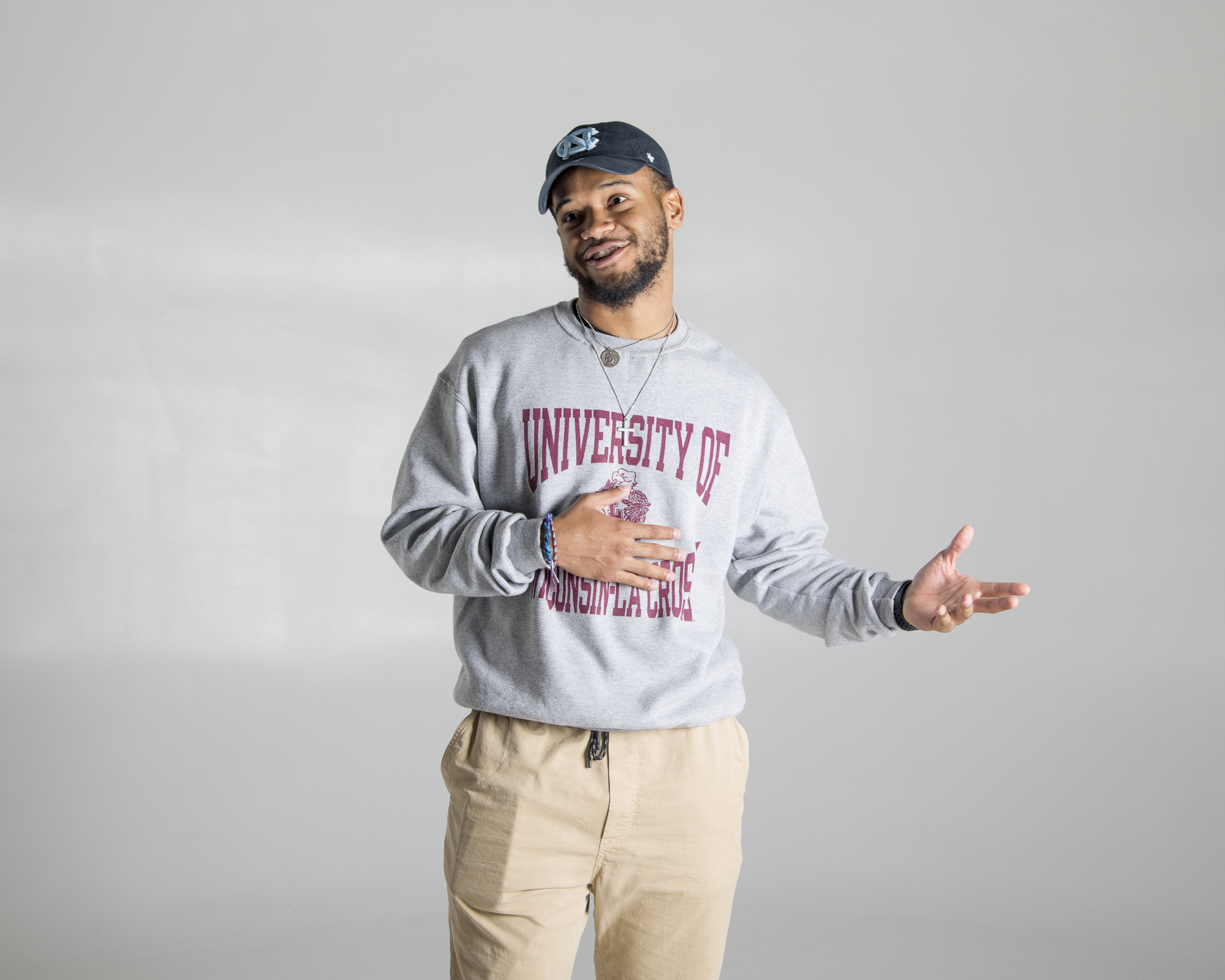 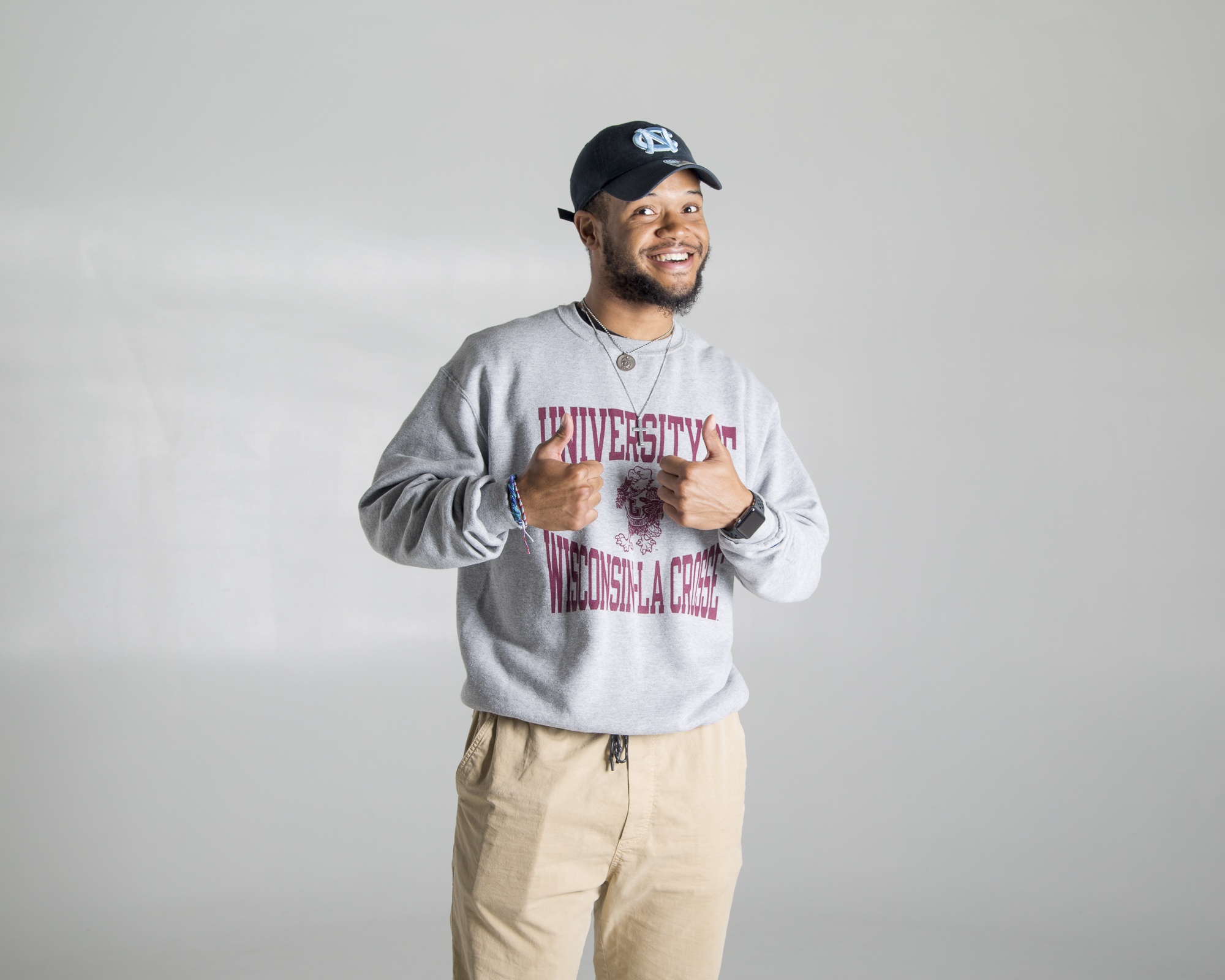