In 1935, when Karl and his friends were enjoying a night at the Stoddard Hotel there was a terrible accident on the Mount Vernon Street Bridge. They hurried over to help pull passengers from the submerged vehicle. When he went home, Karl’s wife could barely believe the truth.

Karl Schaettle: Those people that wrecked the old bridge across the Mississippi—they drove their car into the corner of it and knocked it down in 1935. I helped pulling the people out.

Howard Fredricks: Pulling them out of the wreckage you mean?

Fredricks: How did that happen?

Schaettle: It was very peculiar. It happened to be the night that the Crystal Room of the Stoddard Hotel opened after an extensive renovation—you know, the big dining room and those crystal chandeliers, and stuff. Elliott gave a great big party and we were at it. Augie Grams was at it. Don Gray. We hired a room upstairs in the hotel just to take care of a little extra pursuit, you know, like if you wanted a drink and there wasn’t one readily available downstairs. Somewhere in the neighborhood of midnight we said, “Let’s go get some groceries maybe down at Third and State where Louie’s Café used to be right on the corner.”

Schaettle: Yes. We said, “Maybe we can get Radatz to make us some pancakes because he was the night cook there. He later ran the Chop House. So we go down and see Jack Radatz. He says, “No, I can’t make you pancakes now. They don’t come out until five o’ clock in the morning.” Augie and I and Gray decided we wanted some pancakes, so Augie said, “If I go down to the mill and get us some whole wheat pancake flour will you make them for us?” Jack said, “Yes.” So we go down to Augie’s place which was right at the foot of the bridge, you know, Grams Feed Mill there. As Augie was unlocking the door, a couple of cops ran across the bridge—John Donndelinger and Bill Boma. So Augie locked up the place and we tear up the bridge after them and caught up with them and said, “What happened? What’s the score?—“The bridge is going.”—What do you mean, the bridge is going?”—“Well, look over there, the west end of it is down.” Sure enough, it was. Well, we went over there to the end. Here was this one character down in the water. All he was doing was just screaming—nothing coherent—just plain screaming. Finally, when he got kind of played out on this screaming bit, Bill Boma asked him—actually, he climbed down to this fellow and he just pointed that way out south. Well then, Bill decided there must be a car out there that’s under water, and as we looked, little waves like this—not much, the water was pretty calm—but when the water would go down like that, to the bottom of a little wave, you could see a car roof, so Bill hauled this fellow in and he said, “I’m going to take off some of my clothes and swim over there to that car and see if I can get anybody out,” and he did. He passed the fellow that was at the bottom up to me and I passed him up to Doctor Evans and Dr. E.E. Gallagher. By that time they had gotten there. They had heard about it. They were at this thing over at the hotel too. They tried to revive this guy, but no soap. So then he swam over to the car and opened it up and got one person and hauled him over, and handed him up to me, and I handed him up to somebody else, and they went to work on him. Nothing, None of them, except the guy that came up first.

Fredricks: The guy who was screaming?

Schaettle: Yes. He was alive. The rest of them were dead. They had been under too long. The whole trouble was—he couldn’t talk—he was so overcome with, I don’t know whether it was grief, or what it was. It was a shock, you know. He was probably boozed up, but he was incoherent, so we didn’t know what was going on. Fifteen minutes might have made a big difference there in saving those lives. The funny part of it was that Harriet, my first wife, went home with some of the other girls from the hotel. I had an almost white suit on. After this was all over, it had blood on it, and blood on my tie, and on my shirt and stuff. I traipsed in home about four or four-ten—the birdies were singing. Harriet turns over in bed—“Where have you been?” I said, “The bridge fell in.”—“Oh, stop that.” I said, “I’m telling you the truth, and I turned on the light and I said, “Look. I helped pull some of the people out,” I said. Well, she began to believe me. It was ’39 when we got enough money to rebuild it. 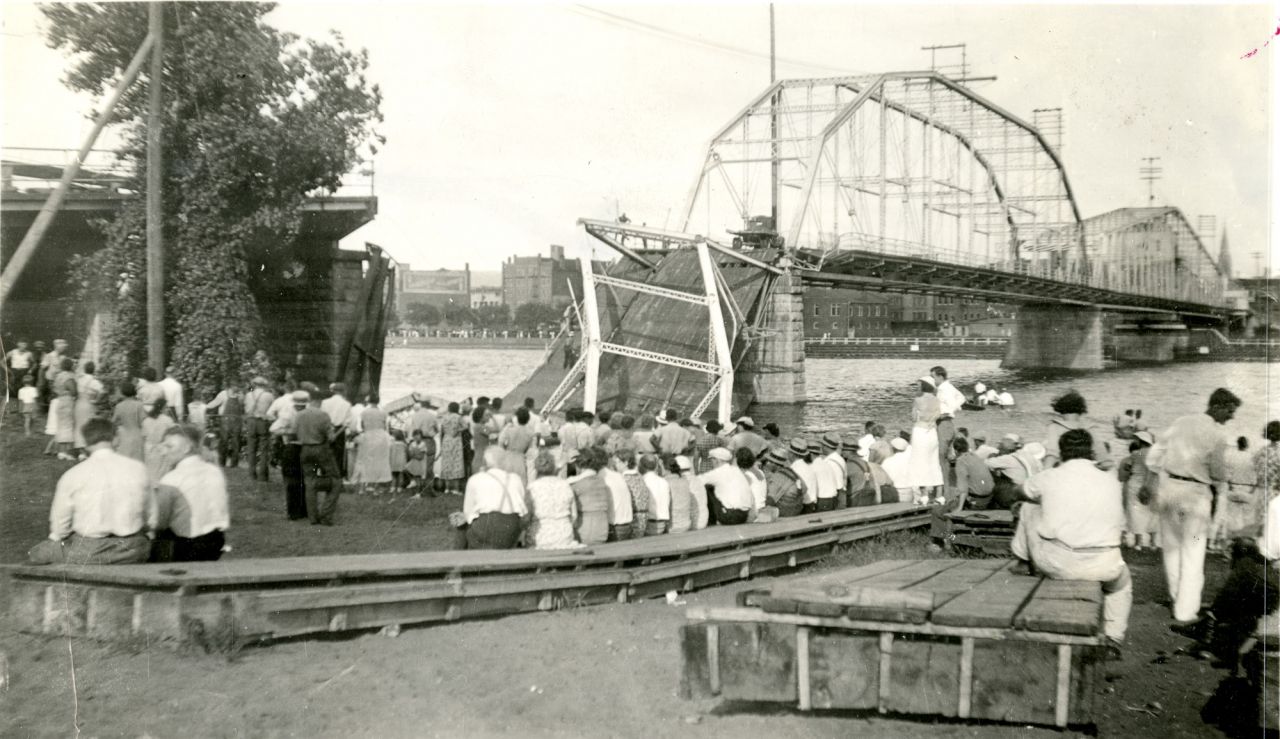 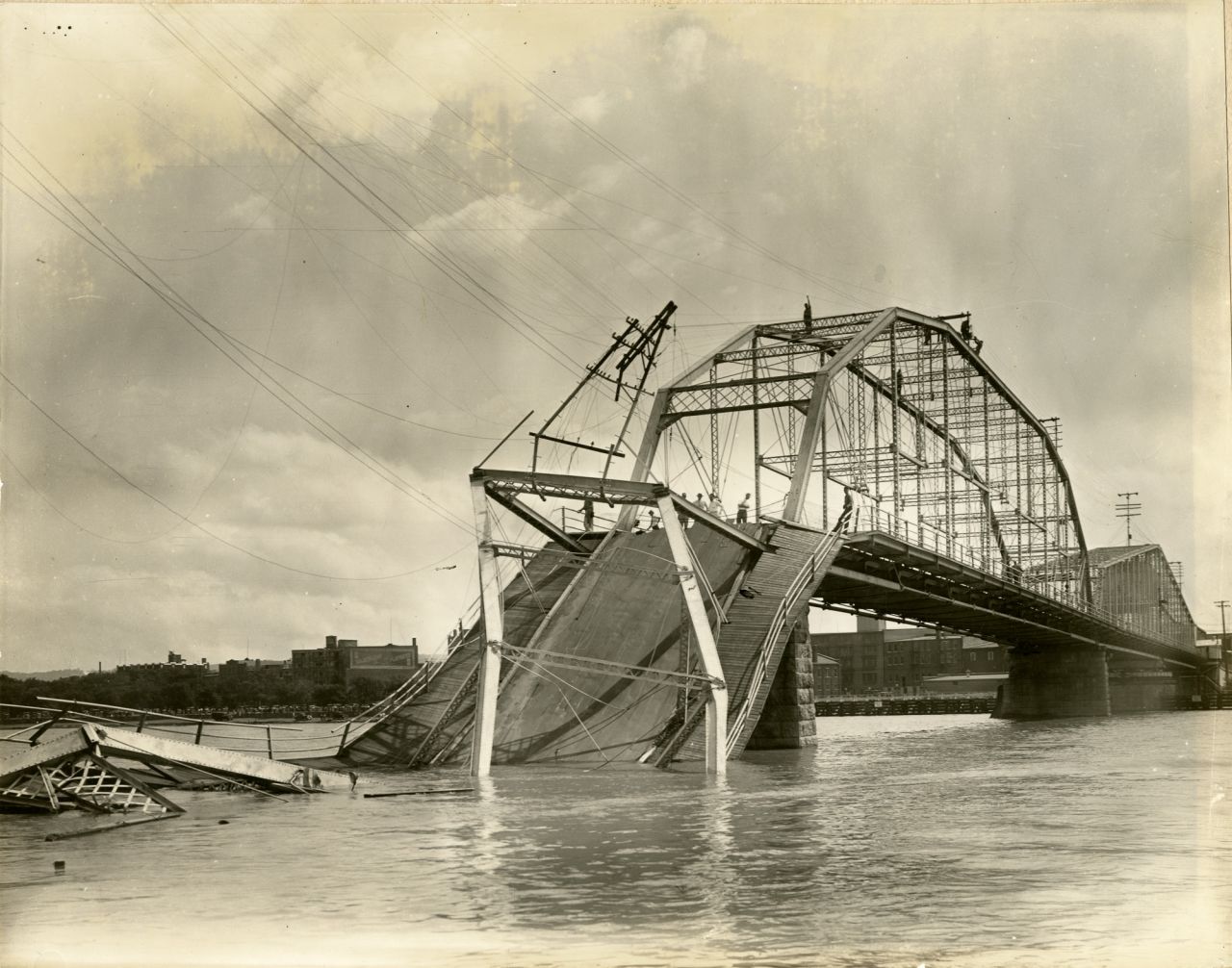 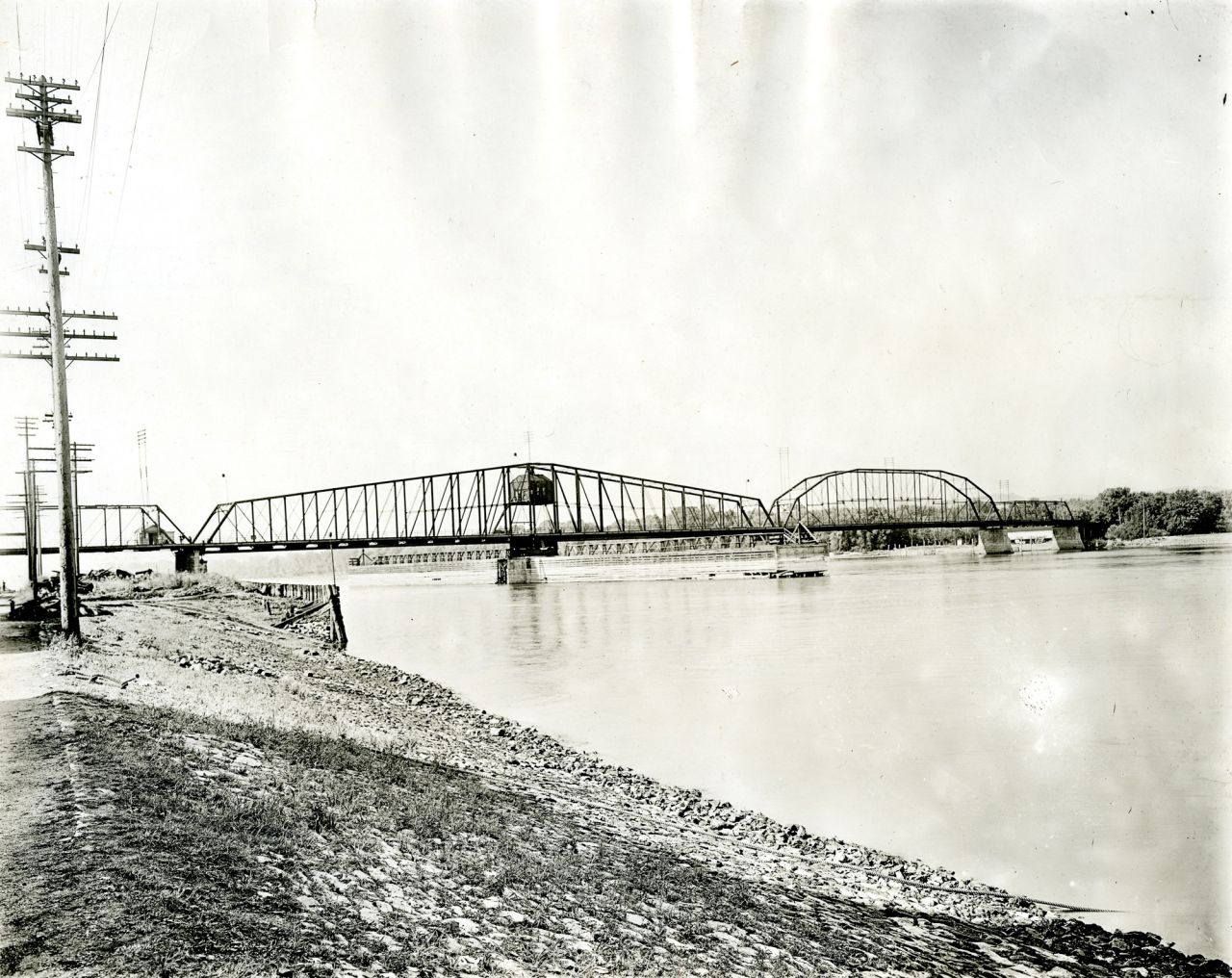 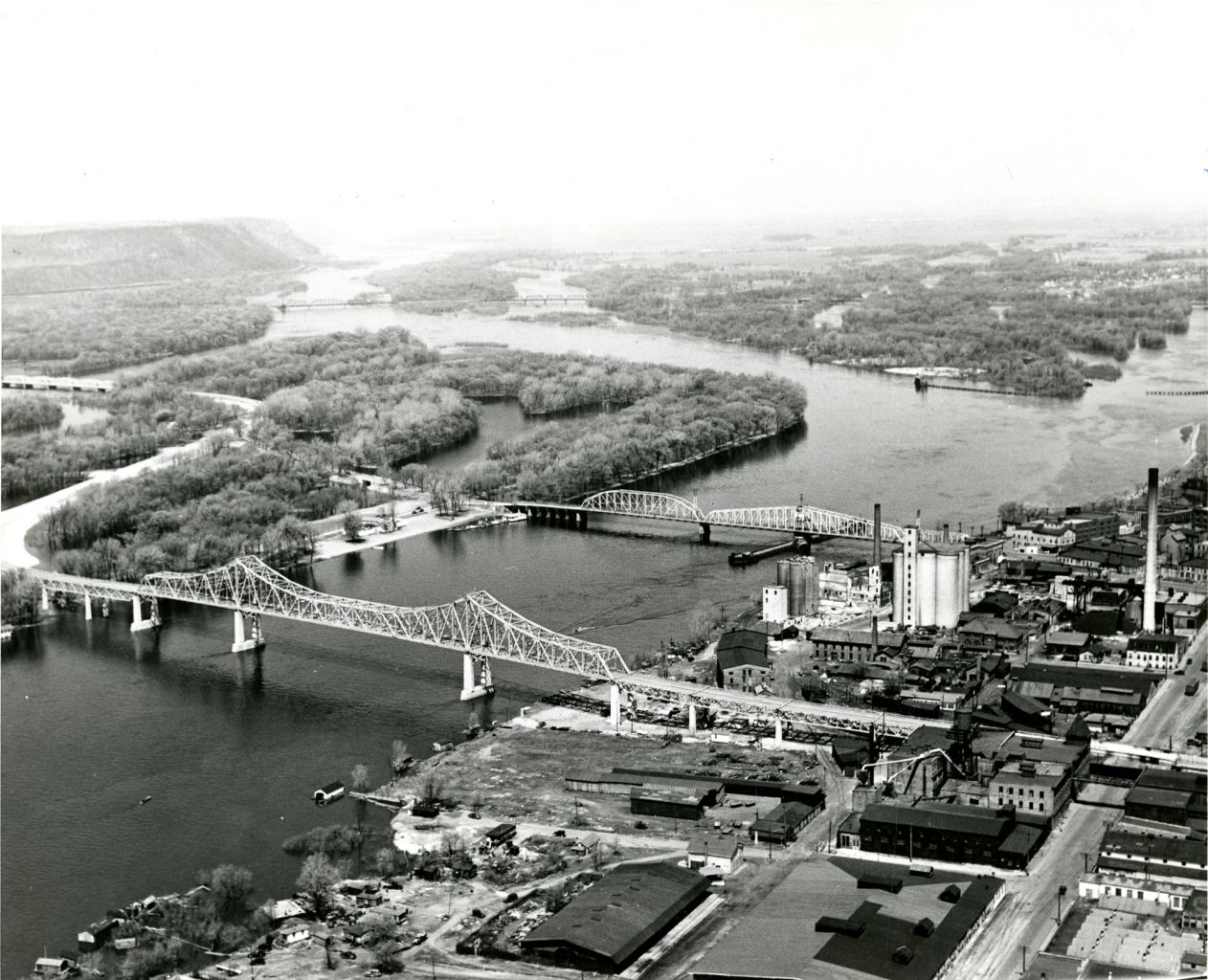