After making several sculptures for the La Crosse area, Elmer Peterson was asked to create another for the city by the mayor at the time. He decided to do a statue of lacrosse players to honor the traditional history of the area.

We’re down at the end of, at the west end of Main Street, where it ends you know? And there located is the Lacrosse Players. And I was asked to a, got given the opportunity to make a sculpture because I had brought Pat Zielke the mayor down to watch me in making the Gambrinus. And he says we can, we have some money for a sculpture so… And it was wide open, what I should do and so I read the history of La Crosse and I came up with the idea of the Lacrosse Players. And so, and then I checked it out with Ed Hill, over at the University. Whenever I got an idea of what I wanted to do I’d check with him, and if it didn’t bother him in any way that I would do it. So I came up with it.

I wanted to be accurate enough to be acceptable so that it just isn’t disgusting to anybody, and would demean anybody, and just somehow be a bad thing. And so I did enough research that it would come out okay.

This was the place where, this plain, this large plain here was a field where they played lacrosse. And they’d pick sides and they even had their favorites, the women and so forth. On the racquet as you look at the sculpture there’s a couple little things hanging off the side, those are little cloths, some colored cloths they would give the people to put on their racquet see?

I moved slowly over to the Sister City thing. Now the piece that we traded, that little boy there, it’s not as big, but it sure is a dandy little piece and it’s a gem. And it’s not original in Epinal [France] either but it’s their, their uh, symbol. This is our symbol, that’s their symbol. And I got a good place, I found a good place for it. But I was thinking of having six, this be a park of Sister City sculptures, on each side as you go down. I thought it would be just great. This piece here, the La Crosse Players, the Gambrinus, I think their, I think their pieces that both artists and non-artists could like

My name is Elmer Petersen and my connection is that I made the La Crosse Players sculpture. 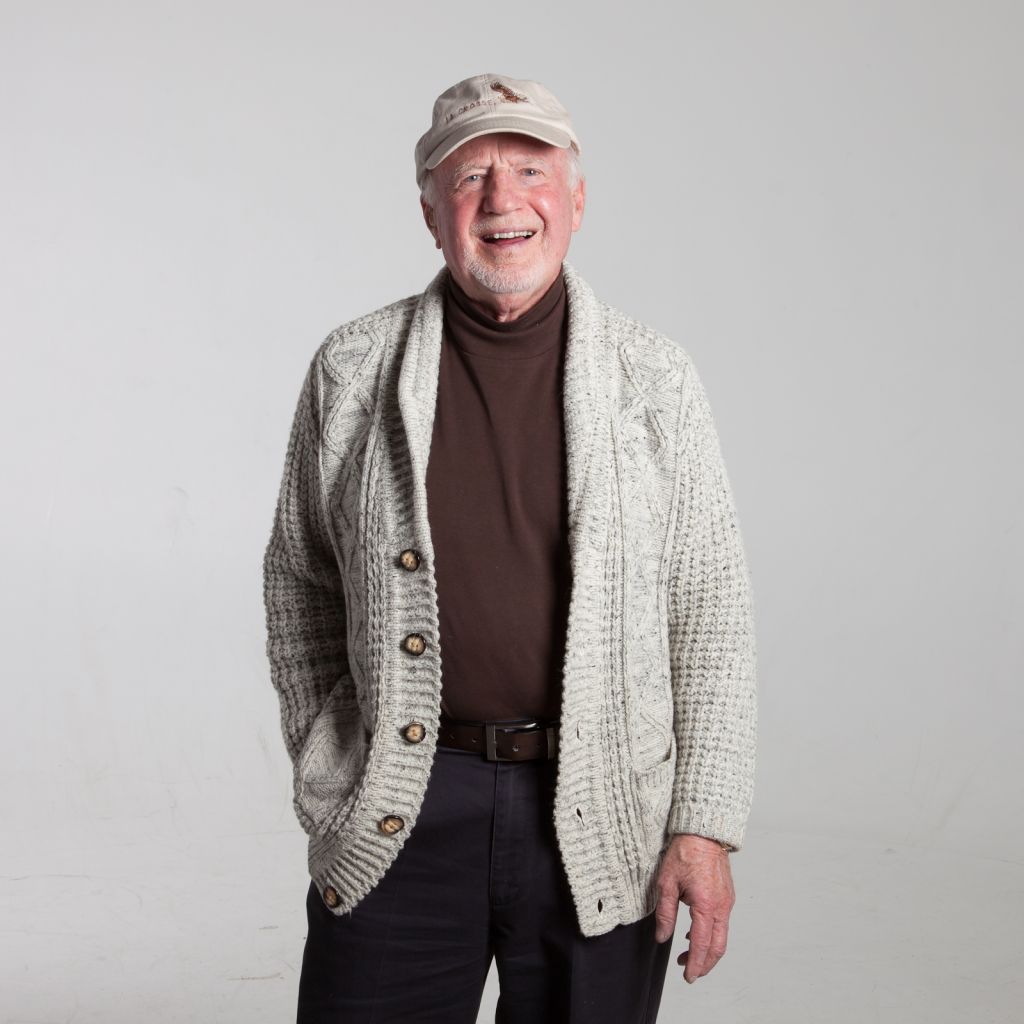 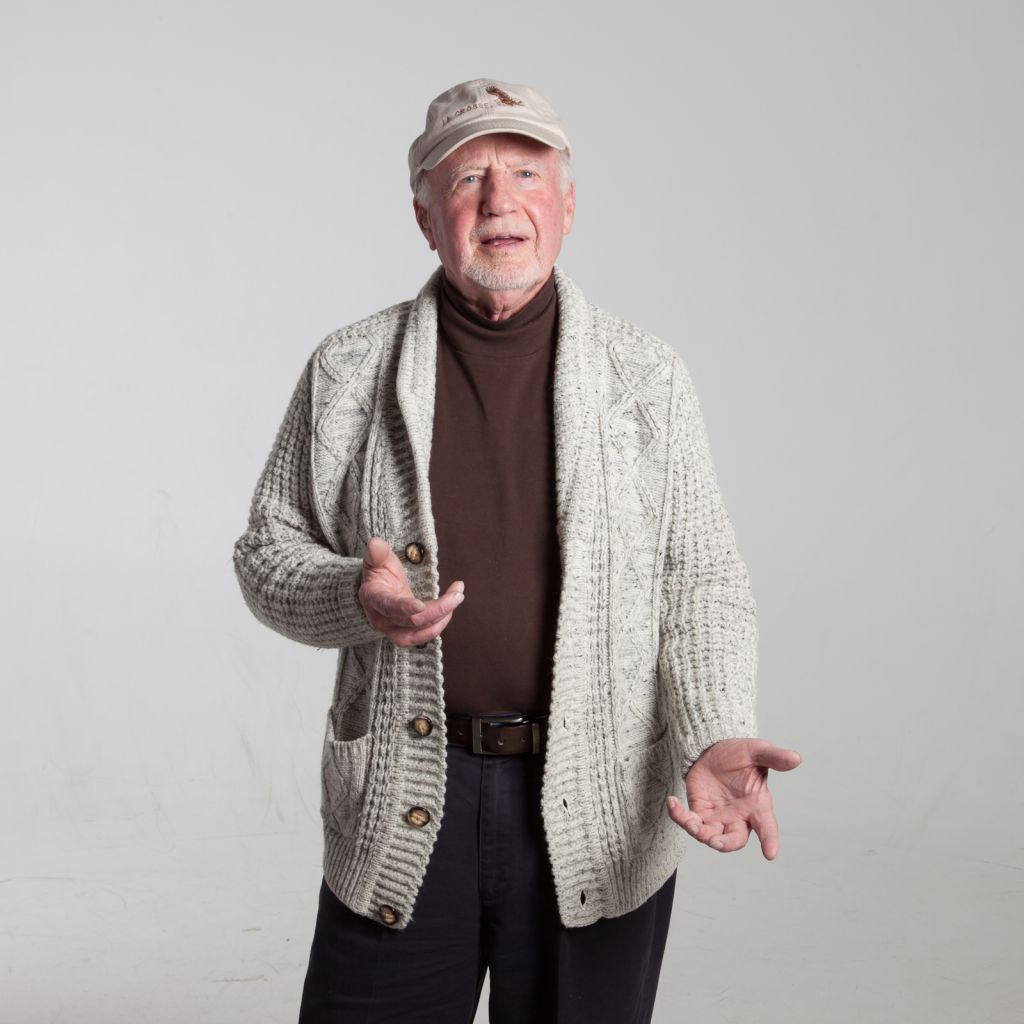 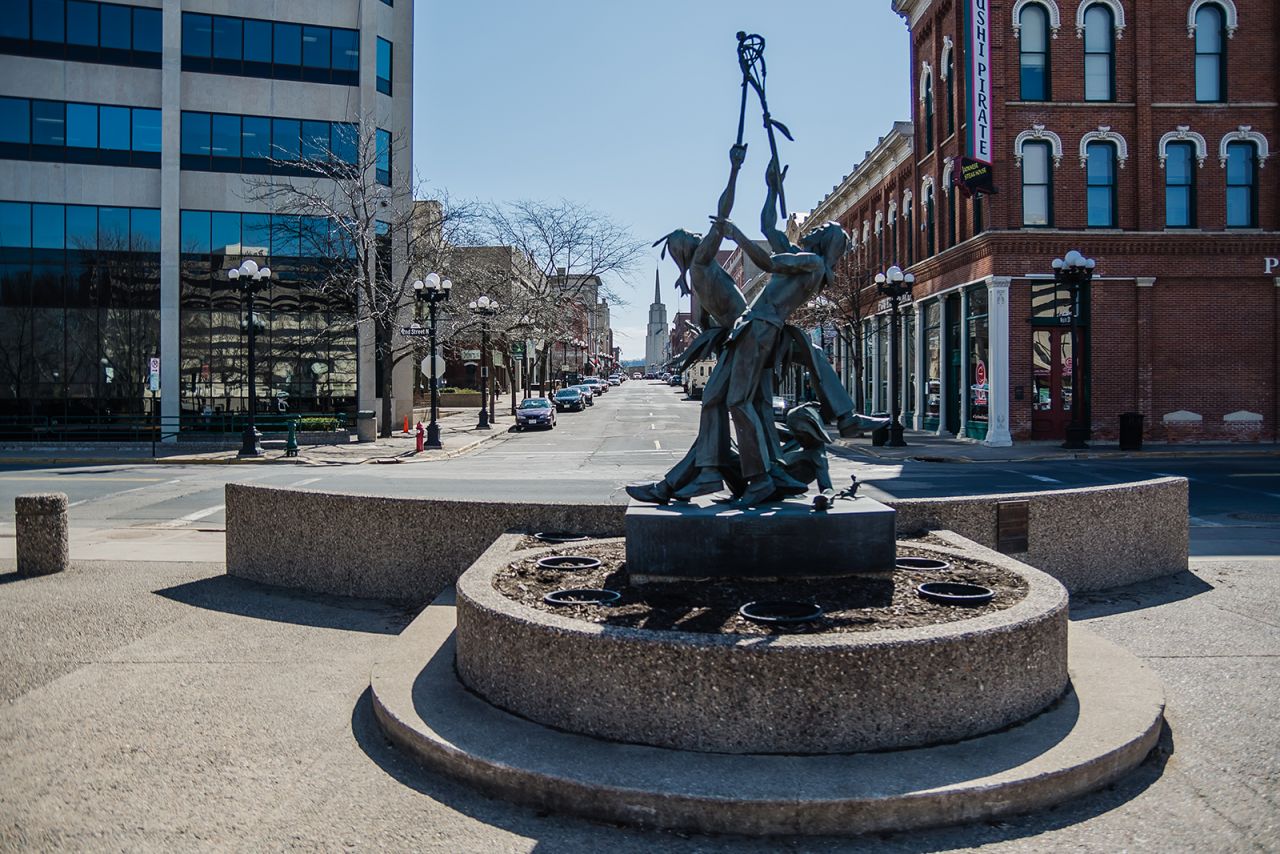 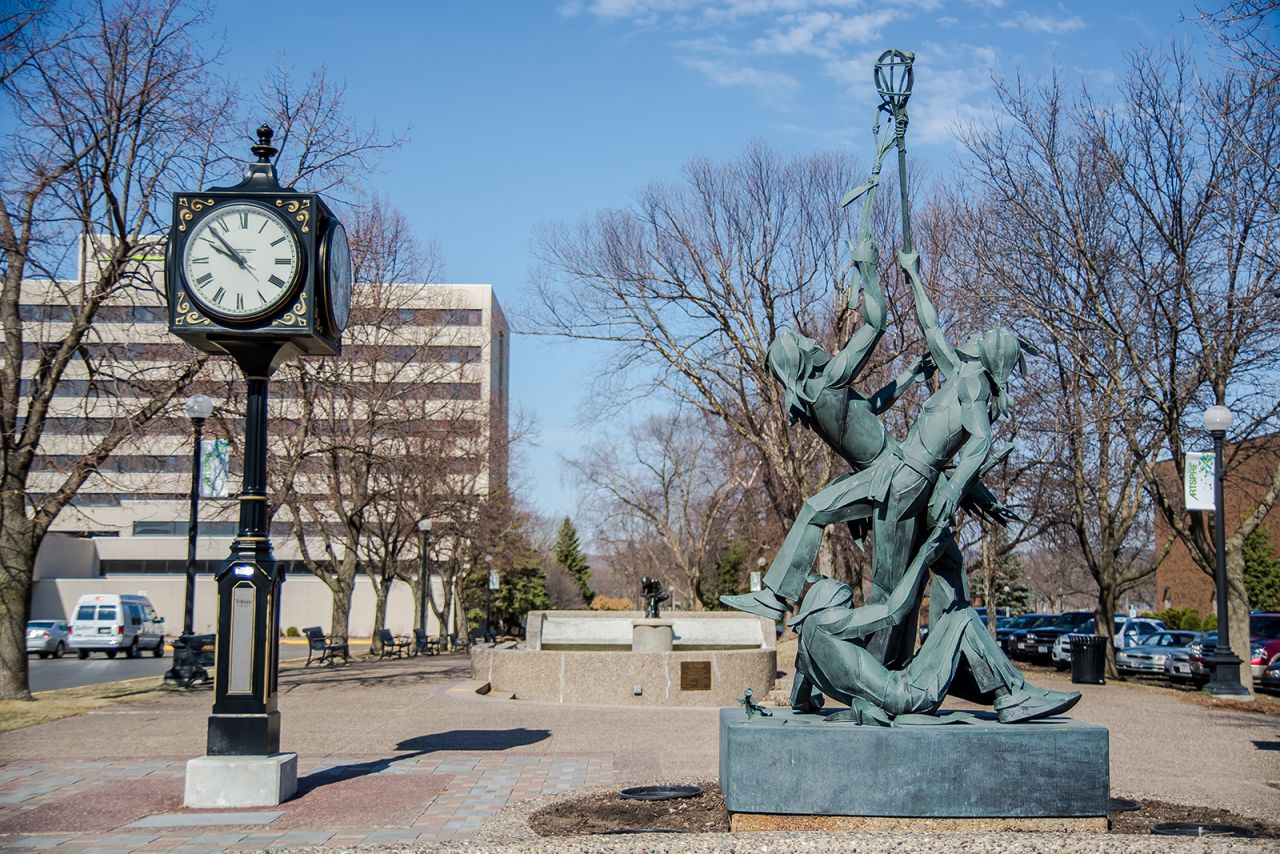 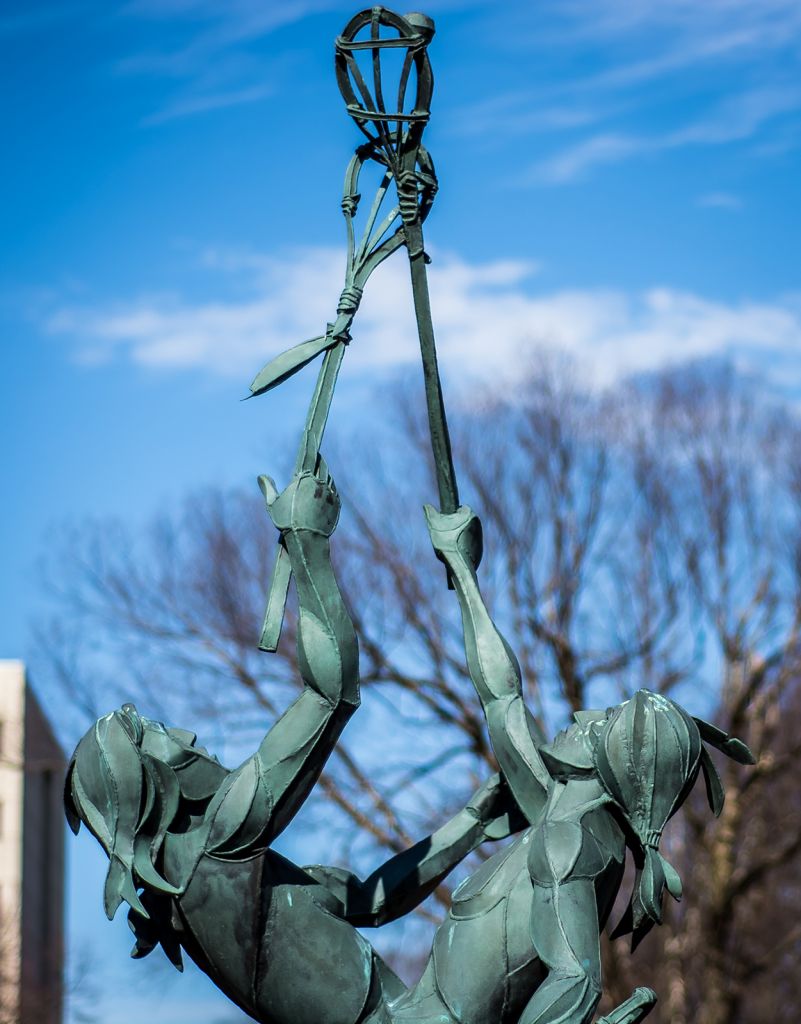