Dan Green, also known as ­­­­­­­­­­­­­Kera Cho Mani ga, fights for Native American Imagery, such as the big Indian Statue in Riverside Park, to be updated to help combat stereotypes. He demonstrated on multiple occasions against this type of imagery which is found all over the city.

We’re in the north end of Riverside Park. I just turned my back, symbolically, on what the UW-L Native American students used to refer to as “the Colossus of Kitsch” or as Riverside Park calls “the Big Indian.”

First, my name is Kera Cho Mani ga. That means “the person who paints the sky blue.” You know me as Dan Green – what Malcolm X might call my slave name. At the time, the late nineties, the chamber of commerce in La Crosse proposed fifty-thousand dollars into a paintjob on the colossus – something that reinforces stereotypes about Native Americans. As a sociology student, I had for years looked into the influence of imagery, statuaries, and I was a part of the national anti-Native American sport mascot movement. I traveled to University of Illinois, University of North Dakota, and Cleveland Ohio on a regular basis to demonstrate and to teach about the harms, the largely psychological harms, of this kind of imagery of the big Indian standing behind me. So that was my interest, that here it is, in my hometown where I’m raising children that look like me – they’re brown-skinned, they’re dark-haired, we don’t get mistaken for anything but Native American, and here’s something in our hometown reinforcing harmful thinking about us, so I was compelled to do something.

By fortune, in the late eighties I had a friend who was the editor of the editorial page for the local paper and he had a new idea where he would have guest editorialists every Sunday, and he called me up saying that there were no people of color on his list – would I volunteer to do four editorials over the course of the next year? I said wonderful. So I chose the opportunity taking a look around me, not just the colossus of kitsch but The Freighthouse Restaurant right there, and there’s a number of stores just a few blocks away, all with the same archaic imagery – out of date, primitive, savage, Native American imagery out there. So I took that opportunity to write these editorials using scientific principles and concepts as to how we’re influenced by this imagery, and I got hate mail. People actually called. That was very violating to, in my own home, to have somebody calling me names and never attacking my principles, never even addressing the science of it. It was very demagogic, it was all emotion-laden, never an appeal to reason, and that’s exactly what I was trying to do – I was trying to get people to use their head, to make them think and not just react on an emotional level, but it went by a whole lot of people.

Over the years, the big Indian has become a symbol with what is wrong with our perception of Native America. Columbus Day, how we teach about Columbus, we make a hero of this mass-murderer, this initiator of the trans-Atlantic slave trade, did so many things that were just against humanity, and yet we hold him up as a hero. Well, here is this maybe well intended statue, but what we have to remember is that intentions do not determine consequences. Maybe these things were supposed to be honoring of Native Americans, and we appreciate the intention, but do we appreciate that maybe that’s not what they resulted in, maybe a mistake was made – well intentioned, but a mistake was made. So the big Indian became this symbol for not only what was wrong, but what to do about it. And so the Native American Student Association began using it as a gathering point and they would march down here from the university and we would have invited speakers and others who had an interest in changing how we perceive Native Americans and others for that matter.

One block away, there is The Freighthouse, and if you look in front at the main entrance you’ll walk by a fiberglass statue of a Pullman porter, and if you look at it that person’s skin is colored to resemble a Caucasian, but if you take a look, I found original photographs of that, and it was a Black man. So at some point they re-painted it, I’m assuming not to offend African Americans. So, that was well intended. Well, why don’t they do the same thing to the colossus of kitsch? Bring him into the modern era. If you take a look at all, with incredible exception, all of Native American imagery from Leinenkugel’s beer to Land ‘O Lakes butter etcetera, is always Native Americans in the past. Dressed in buckskins if dressed at all, with feathers, drums, horses, primitive weapons – never are they shown as rock and roll artists or using a laser printer or anything like that, and that’s what’s wrong, so if it’s got to stay, let’s at least make a statement: let’s bring him into the present. 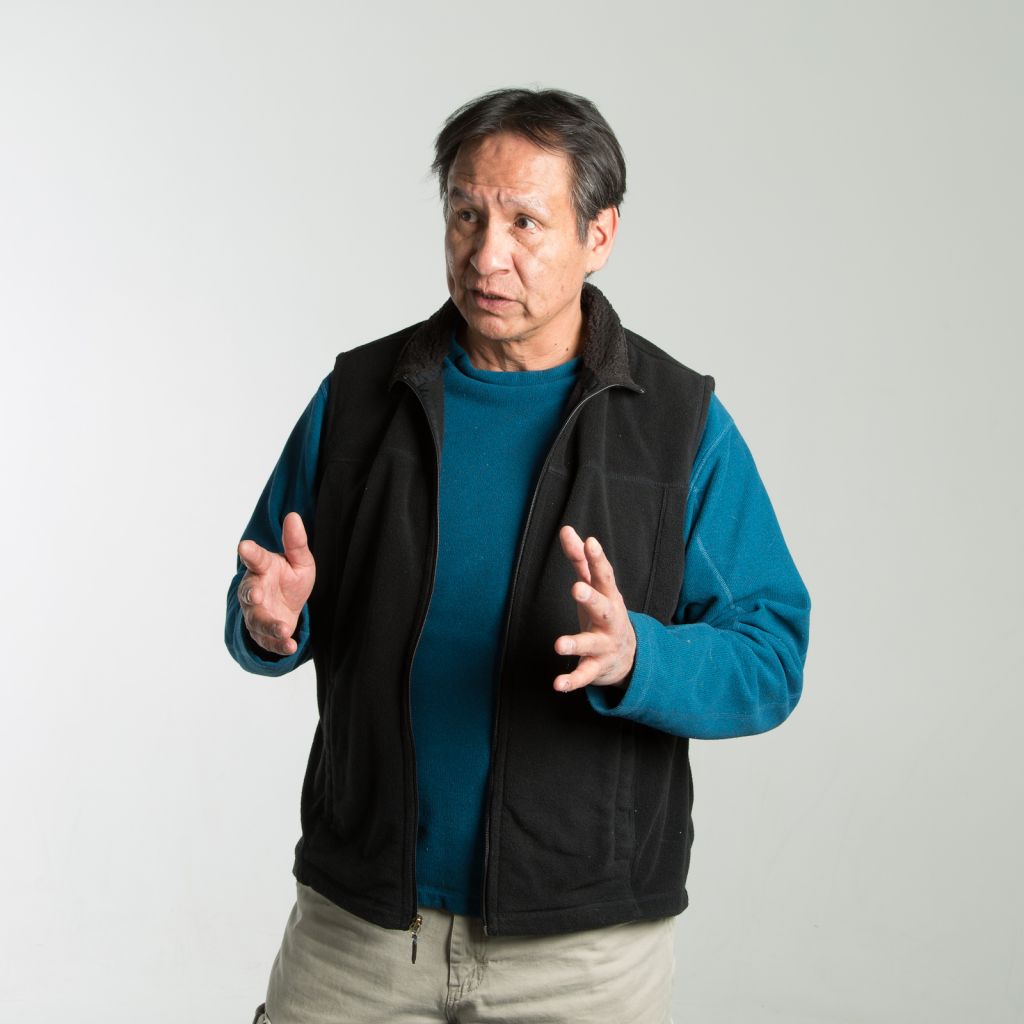 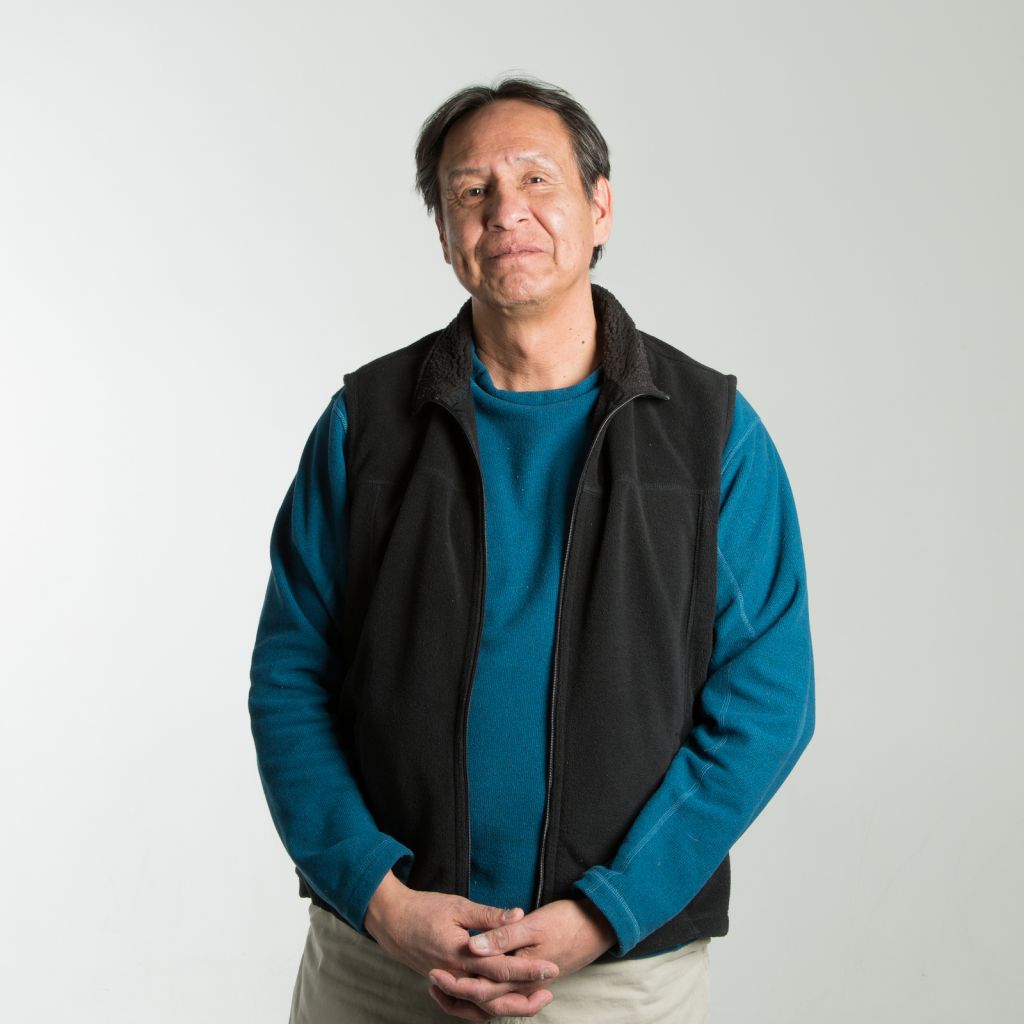 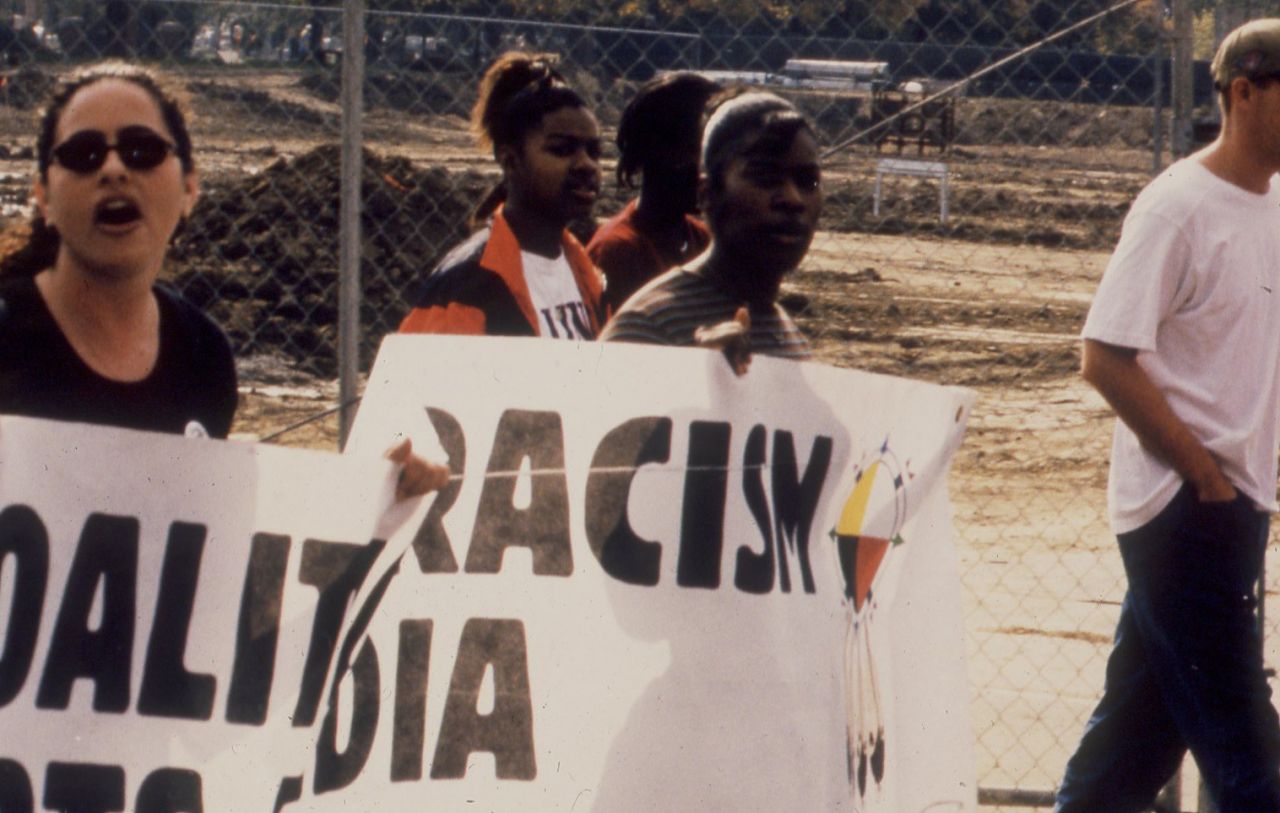 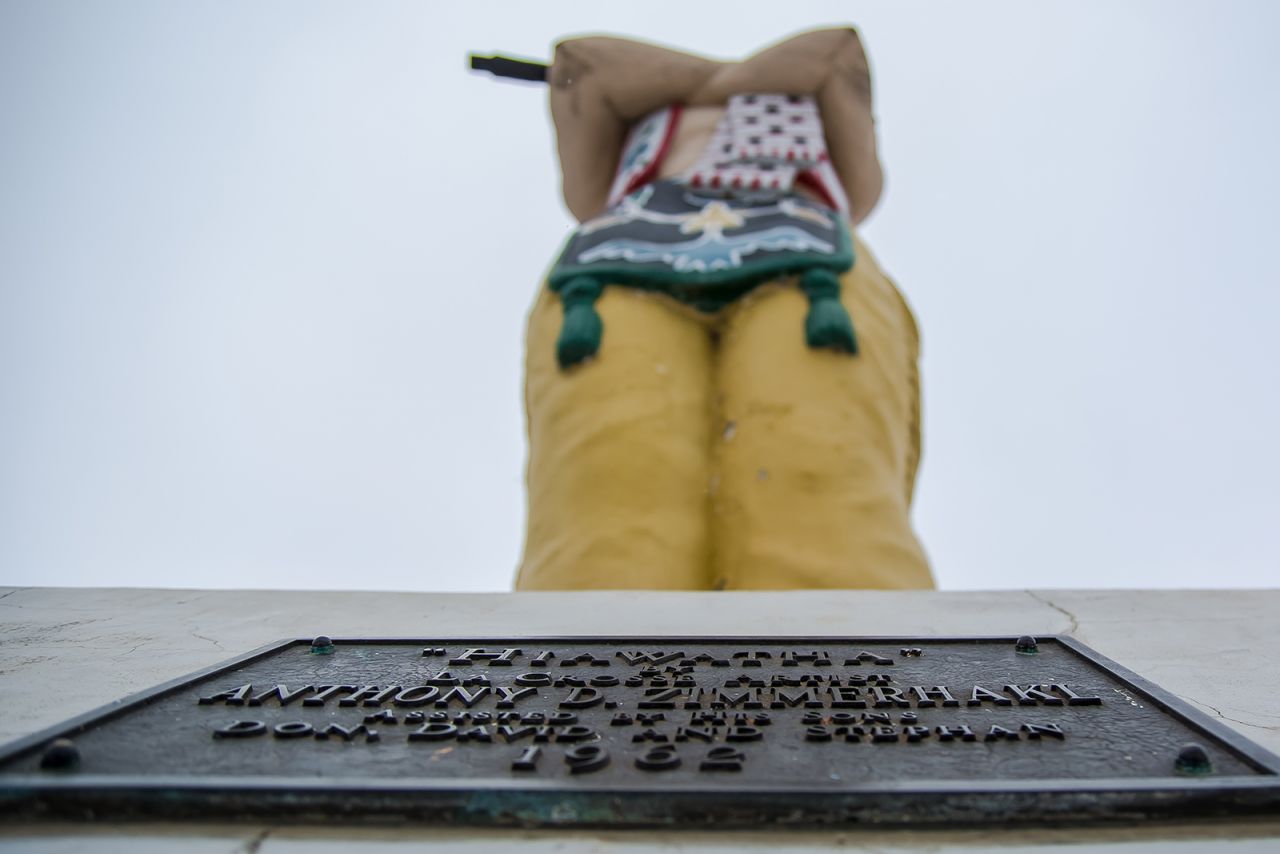