Benjamin Morris hoped that as he ate his cinnamon roll and drank his coffee the morning after the 2018 March For Our Lives protest in Cameron Park, that the march would have lasting impact on the conversation around gun violence. Over a thousand people in La Crosse came together to march in solidarity with the Parkland High School shooting survivors in Florida. Benjamin offers a unique perspective as a gun owner, hunter, and ordained Pastor.

March 24th, Saturday 2018. I’m at Cameron Park. It’s cold and windy, which was kind of making us think that the march wouldn’t have a good turnout. I’m on a stage that’s sitting right where the farmers market awning is. The stage had been put up by other organizers of the March For Our Life La Crosse. My perspective was interesting because I had no idea what the turnout was gonna be. And then I heard people before I saw people; I heard drums, I heard marching. We were hoping for 300 people, and from standing on that stage I watched over a thousand people. They came down 4th. It started with students holding a banner and it just didn’t stop. I just stood in awe. I had a microphone in front of me so I was able to help amplify the chants that the students were starting, and then before I knew it the park was full of people. We tried to make that the chants were the chants that were coming out of the Parkland survivors in Florida, that they were railing people with in D.C. and in other places around the county so “not one more.”

The march was in solidarity with the large March For Our Lives event that stemmed out of the school massacre in Parkland, Florida, and the students had decided that they were not gonna be silent about the issue of gun violence in America.If we don’t keep pressing, all it will have been was a carnival so that we felt good for a day. But if at the end of the day we can still buy whatever dang gun we want then it was a carnival; it served the purpose of making us feel like we could do something, and so that the next day, Sunday morning, I could eat my cinnamon roll and drink my coffee in peace knowing that the world was a safer place when it fact it’s not.

My name is Benjamin Morris, I am an ordained pastor in the Evangelical Lutheran Church in America. I serve as the campus pastor in La Crosse. I am a gun owner, I’ve hunted my whole life.” 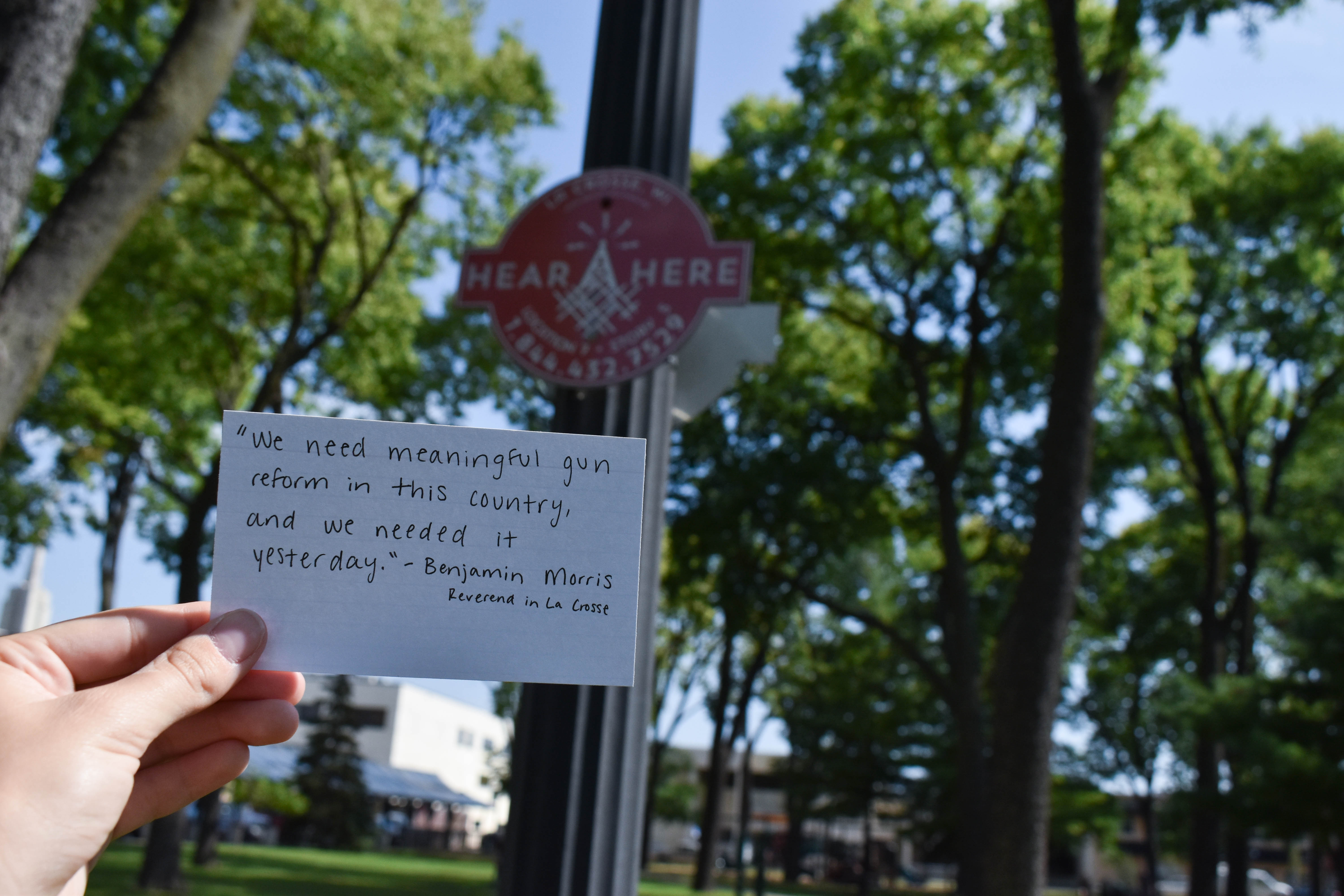 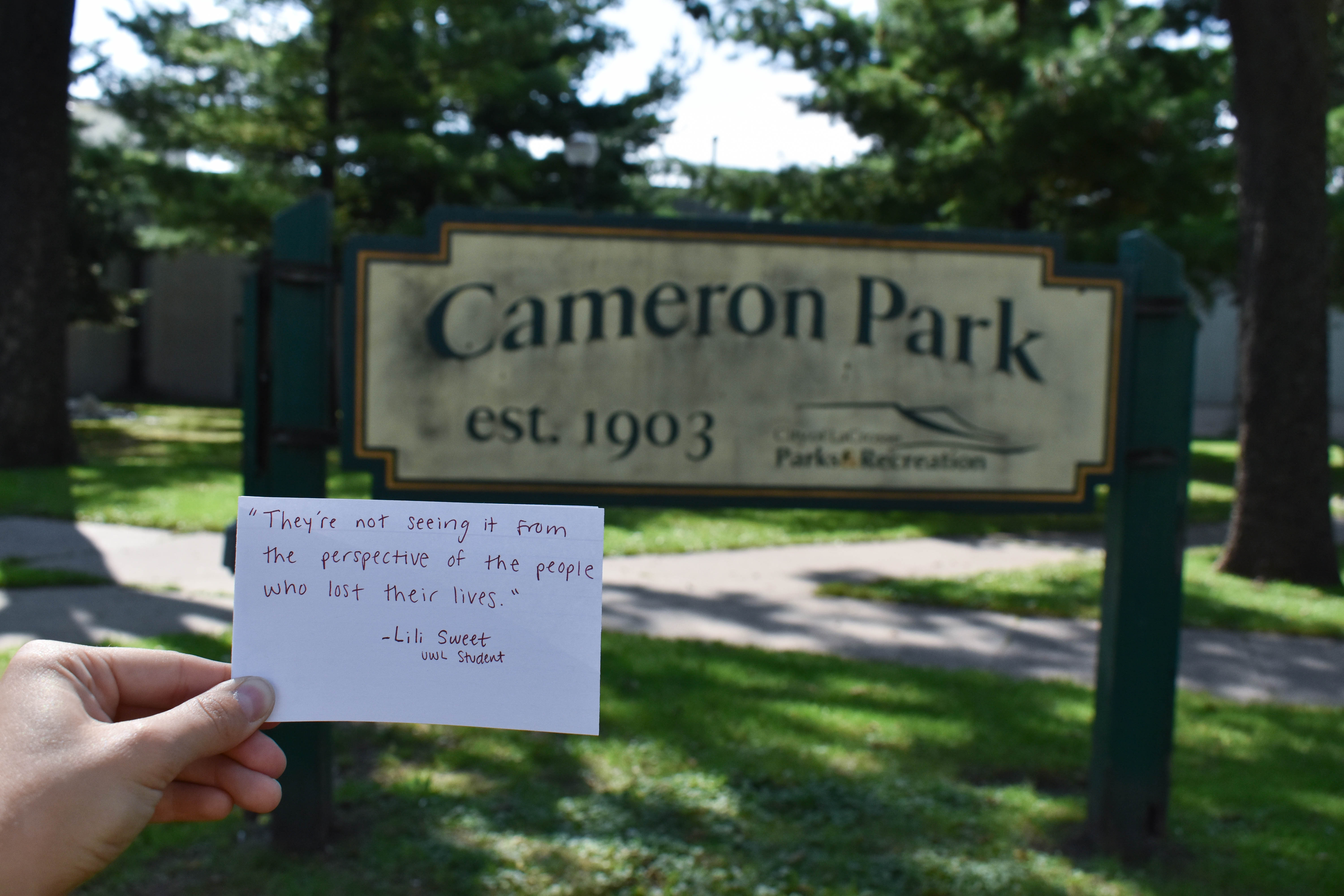 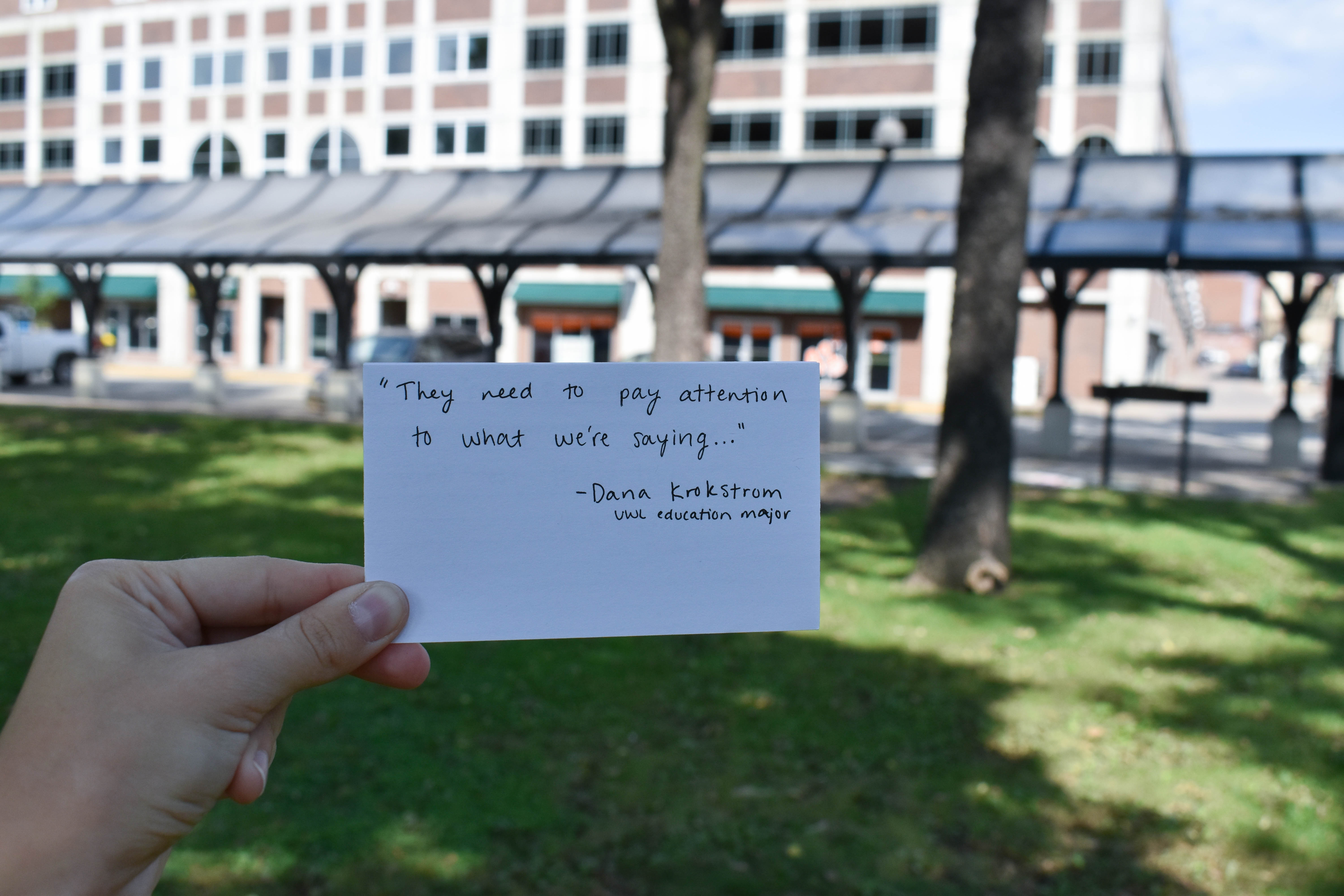 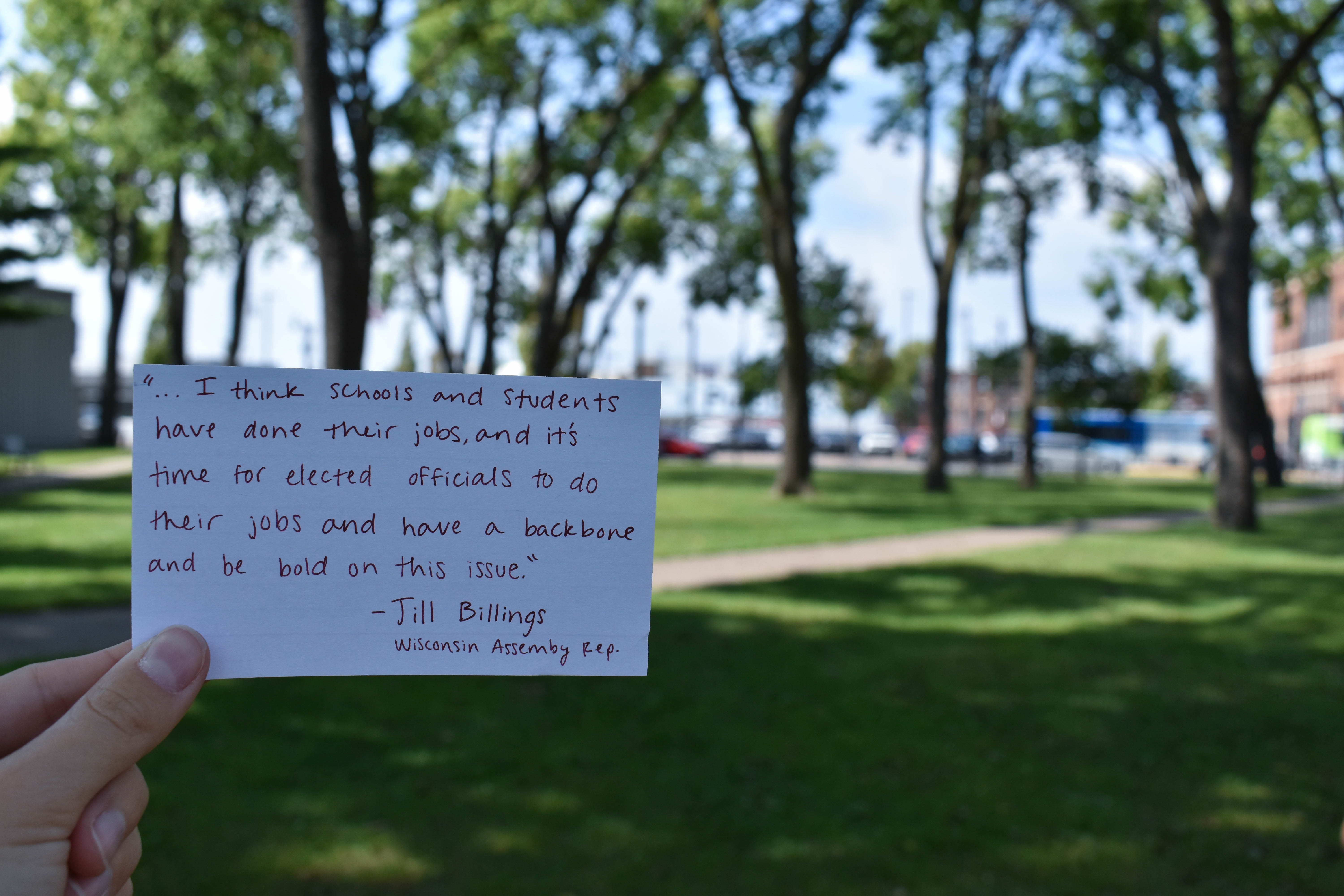